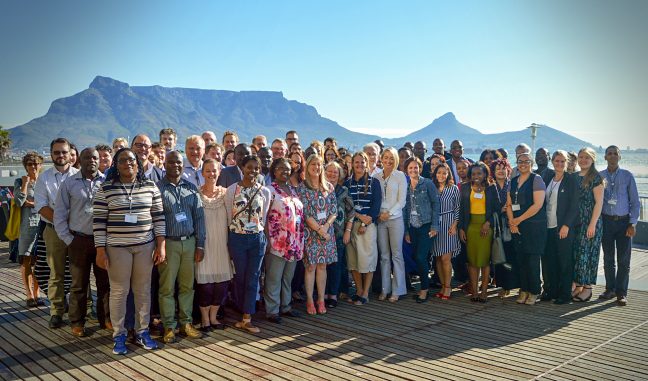 The General Assembly of PanACEA gathered in Cape Town, South Africa, on the 28th of February and the 1st of March 2018 for the second Annual Meeting of PanACEA II.

Over 80 delegates from Tanzania, South Africa, Germany, Gabon, The Netherlands, UK, Malawi, Switzerland, Mozambique and Uganda were present, together representing all PanACEA institutions. Special guests were Monique Rijks-Surette from the EDCTP, Helen McIlleron who represented the Scientific Advisory Board of PanACEA, and Fareed Abdullah from the South African MRC.

On the first day of the Annual Meeting the consortium discussed the ongoing trial, the planned studies, and the study proposals being prepared for the latest EDCTP calls.

The second day was the highlight of the Annual Meeting, as the expertise cores revealed their final plans for capacity development at the trial sites and passionately debated how to prioritize these plans so as to make the most out of the available resources.

We look back on a successful meeting that proved a good opportunity for the consortium to exchange ideas and opinions. We look forward to the next year with great anticipation and thank all of our partners for their commitment and dedication.